The Thomasville History Center enriches the community through the exploration and discovery of its history, people, and stories.

The Thomasville History Center is a non-profit community organization dedicated to ensuring that the appreciation of our unique history remains an intrinsic and unbroken thread connecting the past and future through settings that advance our story.

The collections of the Society are preserved and exhibited at the Thomasville History Center.  The History Center is supported by approximately 300 Personal and Business members.

The Thomasville History Center grew out of Mrs. William A. Watt’s concern that the history of Thomas County be written.  A meeting of prominent citizens was held on January 23, 1952, and Mr. W. W. Alexander was elected president of the newly organized Society.

Miss Bessie Hopkins had previously been engaged to write the history, and in 1951 the county began paying her a salary of $200.00 per month to proceed with the work of gathering data related to the history of Thomas County.  Mr. Mitchell Davenport devoted many hours to visiting older citizens and recording their recollections for the Society.

Two rooms were made available in the jail annex for the safe housing of the Society’s collections and a workroom, but the Society suffered a great loss in 1957 with the death of Miss Hopkins. In 1958 The Historical Society engaged Dr. William W. Rogers, Professor of History at Florida State University to write the official county history.  The first volume of this history entitled Antebellum Thomas County, 1825-1861, was completed by Dr. Rogers in 1963.  In 1964 Thomas County During the Civil War was published.  An active publishing program has since produced two additional volumes by Dr. Rogers, two pictorial histories, a coloring book history of Thomas County, and more.

The Thomasville History Center received a gift from the estate of Mr. Mitchell and Miss Julia Davenport in 1968 which became the nucleus of a permanent endowment.  In 1969, the Society acquired a permanent home for its collections through the gift of Mrs. Elizabeth Ireland Poe.  Mrs. Poe purchased the Flowers-Roberts home at 725 N. Dawson Street and presented it to the Society in memory of her grandparents, Mrs. and Mrs. Howard Melville Hanna, and her mother, Kate Hanna Harvey.

In 1972 the Museum of History, now the Thomasville History Center, was opened to the public with C. Tom Hill serving as Curator.  Since 1972, the History Center’s collections have grown to include more than 125,000 photographs and innumerable objects and documents related to Thomasville and Thomas County’s past.  The staff expanded in 1997 to include an Executive Director and, following Hill’s transition to Curator Emeritus, a Curator of Collections in 2007.  A full-time Educator was hired in 2012.

Exhibit space and meeting facilities were greatly expanded in 1991 with the addition of the Davis Wing named in appreciation of the contributions to the Society by Marthalene and Jasper C. Davis.

In May 2010, the Thomasville History Center entered into a Concession Agreement with the Georgia Department of Natural Resources to operate and maintain the Lapham-Patterson House as a museum and a venue for special events. 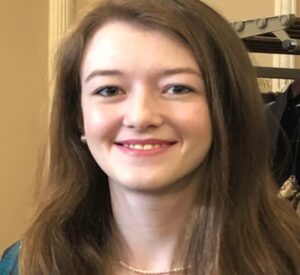 Part Time: Curatorial/Programs Assistant
The Thomasville History Center seeks a qualified candidate to conduct tours and assist with programming and curatorial projects at the History Center campus and the 1885 Victorian Lapham-Patterson House, both located in Thomasville, Georgia.

The job requires hands-on experience assisting with guided tours as well as the development, facilitation, and evaluation of public programs for children, families, and adults, there will also be the opportunity to assist in the collection department with research and cataloging duties.  The work schedule will consist of 24 hours during our Monday through Saturday work week.

The ideal candidate should be should be comfortable speaking to the public; they will need to be flexible, mature, reliable, creative, and a team player as we develop new programming for the community. We are looking for a candidate that feels comfortable designing and implementing new initiatives that make use of our collections.

Requirements: Experience in giving tours and working with volunteers and/or children is preferred; prior collection management skills; and computer experience is a must. An interest in museum education and local history is helpful.